Portrait of a Graduate

Home | About | Portrait of a Graduate

PCS graduates are able to discern, articulate, and live truth.

Shows intellectual vigor while seeking to know God, oneself, and the world in which we live.

We expect graduates to know right from wrong, honor from dishonor, beauty from ugliness, truth from lies, valid from invalid, knowledge from sophistry, doctrine from heresy, confidence from arrogance, and righteousness from sin. We encourage our students to be filled with wonder as they are led to know God, oneself and the world. Most people in our culture have been taught that religious people are somehow handicapped, as if religion is an impediment to knowledge. The Scriptures teach precisely the opposite. We know ourselves most fully when we know God.  When we know God, we want to know about everything he has made. Our faith drives our curiosity. Our faith excites knowledge. Above all, our faith requires excellence. We do not believe that Christianity nurtures mediocrity; we believe it requires us to strive for excellence.

Is eloquent with the written and spoken word.

We expect graduates to argue clearly and cogently in favor of righteousness and truth, to shine the light of God-given reason on the flimsy shadow of convenience and folly, to educate by raising up, to challenge by taking people by the hand and walking with them, while leaning on the word of God as their prime support.

Cicero taught us that rhetoric is “a good man, speaking well.” Solomon said that “a word fitly spoken is like apples of gold in settings of silver.”  PCS students study languages. We parse; we diagram; we write; we speak. We master our mother tongue and the languages underlying it. We learn to eloquently employ vocabulary, grammar, usage, style and persuasion through the study of English, Latin, Spanish, Greek and Rhetoric.  Language is a gift from God, and the Scriptures refer to his Son as the Word. Therefore, we take words seriously from kindergarten forward.

Is marked by virtue and mature character.

"He hath showed thee, O man, what is good and what doth the Lord require of thee, but to do justly, and to love mercy, and to walk humbly with thy God?" (Micah 6:8).

Through the grace of Christ, students learn to love all that is right and good as they prayerfully study Scripture and thoughtfully read the great books of western civilization. Rightly ordered love enables our graduates to live always in the presence of God, to honor Him, to serve their neighbor, and to labor for growth and glory of His Kingdom. 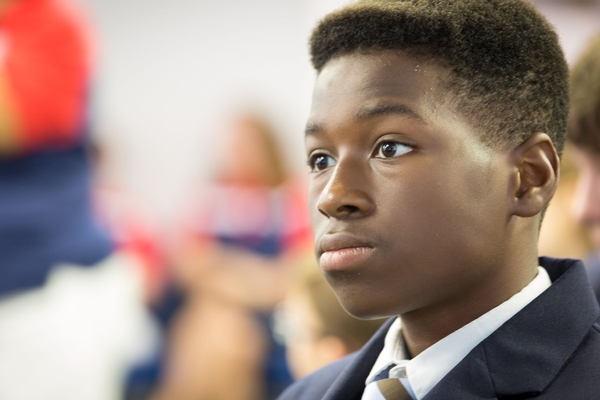 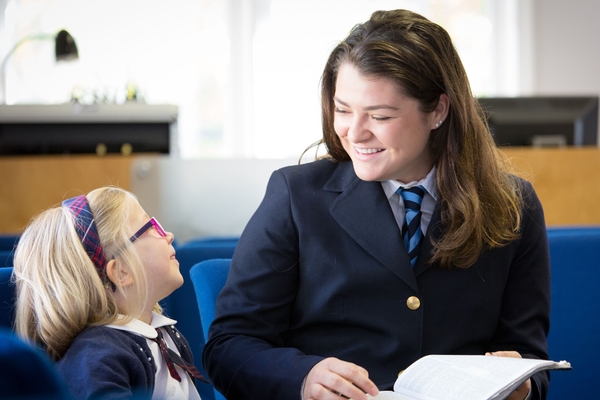